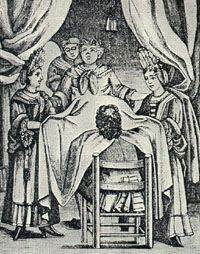 The experience of pregnancy and subsequent childbirth, has never been easy, as women all the way back to Mother Eve can attest to.  While the maternal state is a natural condition for women, it has always posed some degree of danger to mother and baby. While the danger is reduced in this modern era, there still exists a small percentage of women who die due to complications of pregnancy and/or childbirth.  While the danger is now much reduced in our industrialized societies, there is still viable risk to mother and baby.  This is simply an inherent element of bearing children. The dangers to women and infants who live in 3rd world societies remain unacceptably high.

The mortal risk that maternity carried in Tudor days was certainly significant.  Were it not bad enough that medicine was comparatively, in a dark age, it was coupled with superstitious myths and beliefs that increased peril faced by mothers and infants.  There are records of Tudor women so thoroughly terrorized by the prospect of dying in childbirth, that they simply elected to avoid marriage.  Queen Elizabeth was thought to have a strong fear of childbirth, though the reasons for her firm avoidance of marriage are not clear, and seem to have been complex.  *(No doubt that having witnessed firsthand her sister's horrifying experience with two hysterical pregnancies did little to sweeten Elizabeth's views on the matter of childbearing.)

For Tudor women, the experience of childbearing was one that might cause elation for one woman, and abject misery for her neighbor. There existed no reliable tests to determine if a woman were pregnant, or not. Housewives' tales abounded, such as the belief that the veins beneath a pregnant woman's tongue would be greenish in hue. Strong food cravings were also thought to be related to pregnancy, as they still are today. Prenatal care was virtually non-existent. Tudor women followed a very odd dietary regimen prescribed by the physicians and midwives of the day. A strange but common belief at the time was that pregnant women should carefully avoid viewing, or even thinking about any disturbing subject.  Having suffered a fright or disturbance during pregnancy was thought to cause monstrous births, that is delivery of a severely deformed child. One can only imagine the sorrow of women who were unfortunate enough to have delivered such children, given the ignorance and lack of empathy of the times. Worse, such mothers were often accused of being evil, or at blame somehow for such a birth. Women were often held responsible for the very sex of their infant, a woman being a "good wife" for birthing sons, and by contrast a "bad wife" who only brought her husband daughters. One famous example of this cruel, misogynistic attitude is that of King Henry VIII, and his severe displeasure when Anne Boleyn found herself unable to give her husband a son.

The number of children desired by Tudor women was usually related to socioeconomic status.  Wealthier families were typically desperate to product mail heirs; poor families often experienced severe anxiety and deprivation with each new addition to the family.

Pity the poor woman who became pregnant outside of marriage in those days, as she would be heavily sanctioned by her community, and often her family as well. An unmarried mother might have to rely solely on the church for support, and this inevitably resulted in bad feelings across the board.

Though the majority of pregnancies in Tudor times did result in delivery and live birth, women dying in childbirth was not a rare occurrence.  The majority of women knew, or even witnessed a women who had died in her child-bed, and due to lack of effective medical intervention, those deaths were often prolonged and painful.

Queen Jane Seymour was one such woman who would die of complications related to childbirth.  After an excruciatingly painful  labor lasting days, and finally culminating in the birth of Edward, in 1537, Queen Jane would die of child-bed fever shortly afterward.
at 15:52 Posted by CR Wall

Wonderful article! I've always been intrigued with the history of childbirth.

PS: I think you'll find that women wanted to produce a MALE heir, not a MAIL heir! :)

Thank you, Leslie, and Welcome!! Ha ha, I think you are right!! Ah, the male heir...Marriages were made or broken because of the arbitrary forces of nature. What is so exceedingly strange is that women were blamed for having female children. I realize that modern medicine was virtual light years ago, but even Tudor times, how is it that men thought women had any control over the gender of their babies??

An interesting fact of childbirth at the time of the Tudor era (at least for the nobility) was the compulsion for seclusion of the mother weeks prior to the birth. Can you imagine being shut in a stuffy, over-heated room with little or no ventilation with everyone and her sister waiting on your first pains to start. All the while, the midwives would be telling horrific stories of dangerous births and tales of dead and malformed babies. Could you imagine being accused of witchcraft for delivering a dead or malformed baby. Thus was the plight of women. And to think that the average women spent the best part of her marriage with one in the cradle, one on her hip and one waiting to be born. That is akin to a pregnancy every year.

That choosing your care provider is the most important decision you will make. This is the number one factor in how your birth will go, so it is very important to get the team on the same page as you. Like http://bit.ly/2IXcyas care about your children

1 in 3 Women who had a baby wet themselves
Incontinence could be urinary incontinence and faecal incontinence. Incontinence is the inability to control micturition resulting in the loss of urine. These dysfunctions are caused by pregnancy & childbirth,poor pelvic floor muscle function,constipation,poor fluid & toileting habits,chronic cough,obesity, strenuous sports, aging & menopause ,neurological conditions like MS and stroke Bladder Disorders / Bladder Dysfunction

Couldn't be written any better. Reading this post reminds me of my old room mate! He always kept talking about this. I will forward this article to him. Private Tutor in Naples Pretty sure he will have a good read. T

Thank you for the work you have put into your nice blog. Private Tutor Pinecrest We will bookmark to your blog because it is very informational. We love the site and will come back to see your new posts.

Thank you for posting this.Private Tutor Boca Raton You most absolutely have built this blog website into something special.

This article gives the light in which we can observe the reality. Private tutor near Manhasset I like this kind of blog. Thanks for sharing informative information with us

This article gives the light in which we can observe the reality. Private tutor Apollo Beach I like this kind of blog. Thanks for sharing informative information with us 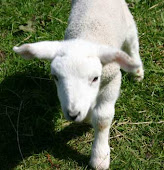 Please be kind to animals.

Greetings! Welcome to my blog: That Other Boleyn Gal

I am very happy that you have stopped by!
Please join me as we explore the lives of the real human beings who were known as The Tudors.
I am thrilled when a reader comments; differing viewpoints are most welcome. Kindness and respect are much appreciated.
Thank you for reading my blog. Please visit again.